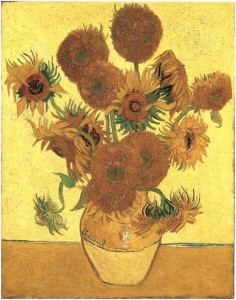 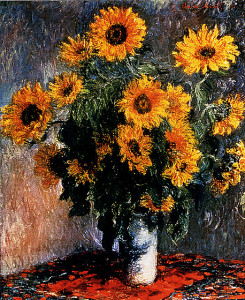 In December 1888 van Gogh wrote: “Gauguin was telling me the other day that he had seen a picture by Claude Monet of sunflowers in a large Japanese vase, very fine, but—he likes mine better. I don’t agree.” But Vincent, I must agree with Gauguin. Monet captures their beauty but you’ve captured their pain, their weathered desperation. Some are wilting and some are not. Monet’s shows the luster of life; van Gogh’s embraces its grit, the freedom found in pain and suffering.

Van Gogh’s flowers at MOMA in the summer of 2010 I won’t forget.