It wasn’t Hawaii’s Pacific yellow tangs, sea turtles and lava rocks. But the Atlantic shore, from Coney Island to Miami Beach, has its own charms. Temps in the DMV approached 100 this week and with the Labor Day crowds dispersed and the ocean holding its heat, there isn’t a better time to stroll the Rehoboth Beach Boardwalk.

The drive from D.C. over the Bay Bridge and through Delmarva winds through farmland and small towns with little tourist kitsch. Delaware’s coastal highway 1 passes Dewey Beach, Bethany Beach, Fenwick Island, on to Ocean City, Maryland. 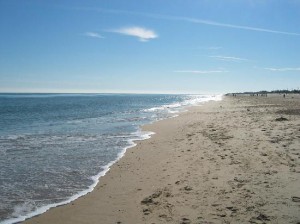 I settled on Rehoboth, set my towel and made my way to the water as I have so many times in the past. It has been over a year since I last sensed the ocean salt and sounds, Ala Moana, Oahu.

This summer I dunked into Lake Michigan for a minute; it was still ice cold in early July. And while the Great Lakes mimic the ocean, they are not. The bottom drops quickly and the swells overpower the body. Respect is a necessity. I stretched my limbs and swam parallel to the shore as the late afternoon light intensified.

I will be back sooner than later.