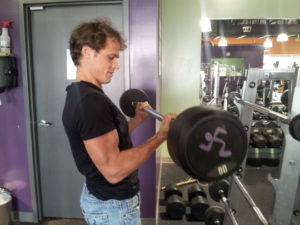 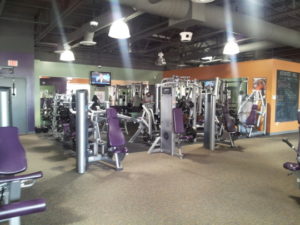 While visiting the Petoskey area this summer and fall, I have been working out at Anytime Fitness. As I frequently travel, I have had memberships at many gyms including LA Fitness in Orlando and 24 Hour Fitness in Honolulu. Among these, Anytime Fitness offers the most pleasant and sophisticated workout environment.

Founded a little over a decade ago, there are now over 2,300 clubs worldwide. Anytime Fitness was named as one of “10 great franchise bets” by CNNMoney (June, 2011) and the “#1 Best Franchise Business Model” by FranchiseChatter.com, as described in a press release from Business Journals. Gyms have lots of competition but Anytime Fitness proves that with a different approach, there is always room for more. It touts itself as “The Club for Busy People” and seems to particularly attract those who don’t fit the typical gym culture.

An effective franchise model is only as good as its staff and it’s been a pleasure to get to know Clinton Scollard (president) and Aimee Perrin-Scollard (owner). Thanks for a great place to work out!