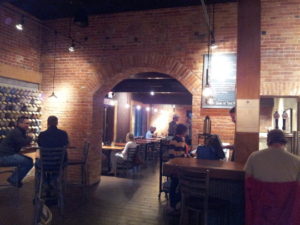 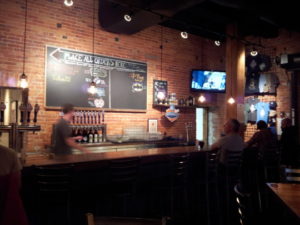 On Thursday September 26, 2013 I met with John Harper, president of InfiNet Marketing Company, for a few drinks at Petoskey Brewing, located between Petoskey and Harbor Springs, Michigan. Last week I was passing time at Horizon Books in Petoskey with a girl visiting from Belarus, explaining how a personal blog could be used to look for jobs. John was seated at a nearby table, and overhearing our conversation dropped his business card on the way out: “Let’s get in touch after I return from California.”

Neither of us had been to Petoskey Brewing—a microbrewery which opened in 2012 in a highly distinctive turn-of-the-century red brick building. John offered invaluable advice on creating an online presence through branding myself and tailoring my message for a specific audience. Ultimately, it is a question of significance: Who am I, what am I doing, and where am I going? John spoke of the essentials, of “creating awareness around your life.”

John inspires one’s intellectual curiosity. “I’ve never understood how anyone could have writer’s block,” he said, pointing to a brick on the wall: “Everything has a story; I could write one about this single brick.”