We took Mokulele Air from OGG (Kahalui). While boarding, a fighter jet streaked across the sky, then shot straight up, rolling. Our Cesna Grand Caravan wouldn’t be so cool. We did, though, go around the east side of Molokai, along the sea cliffs. Along the way one of the pilots motioned with a shaka that everyone could scoot left to get view of the cliffs.

We drove a beat-up rental car left at the airport with the keys under the mat, so we fit right in. The ground was gritty red and different shades of green on top–and nearly no cars. Our first stop was Coffees of Hawaii, not far from the airport. This was ground zero for the mornings. 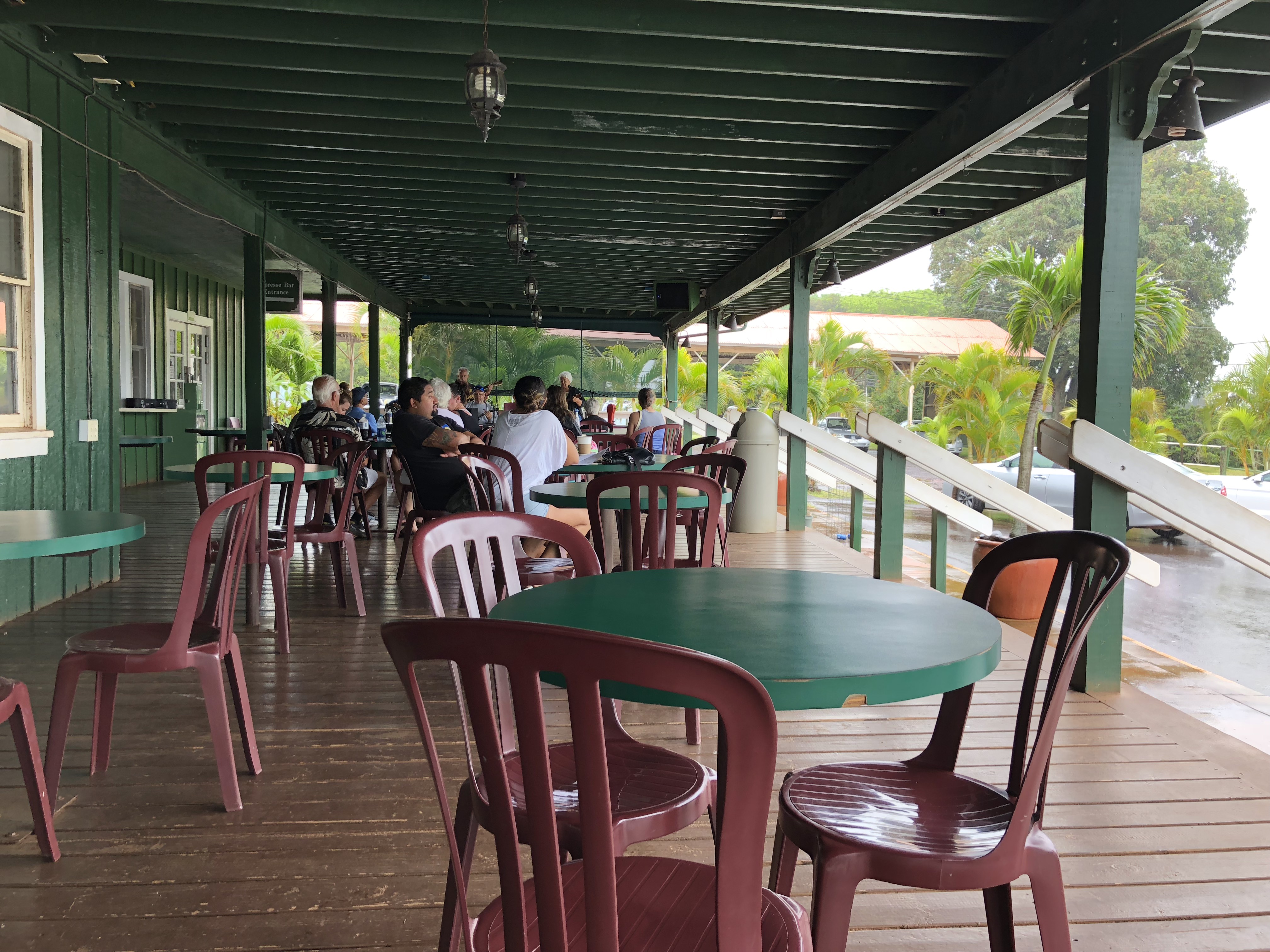 For lunch, outside Molokai Pizza Cafe, two older men on the sidewalk embraced each other in a loving way as lifelong friends. At Halawa Beach Park, driftwood and buoys were washed ashore. The valley was essentially the same as in the pre-settlement days. 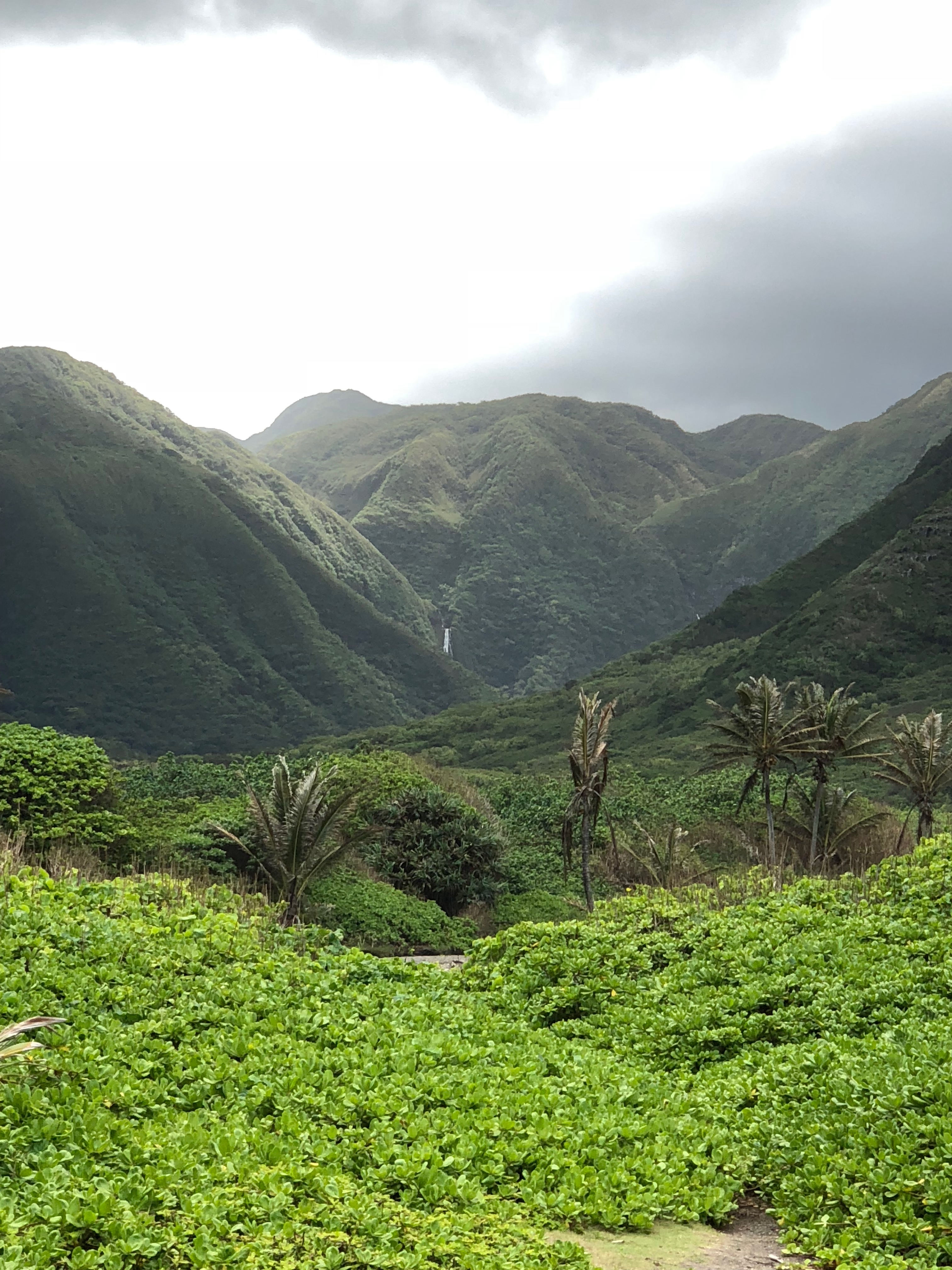 Along the way, near mile marker 19 we found our friends’ place at the fishpond. I recognized it right away. We met some of the family, others were away. Molokai truly is the “Friendly Island,” and it’s a friendship through aloha and respect for the ‘aina. 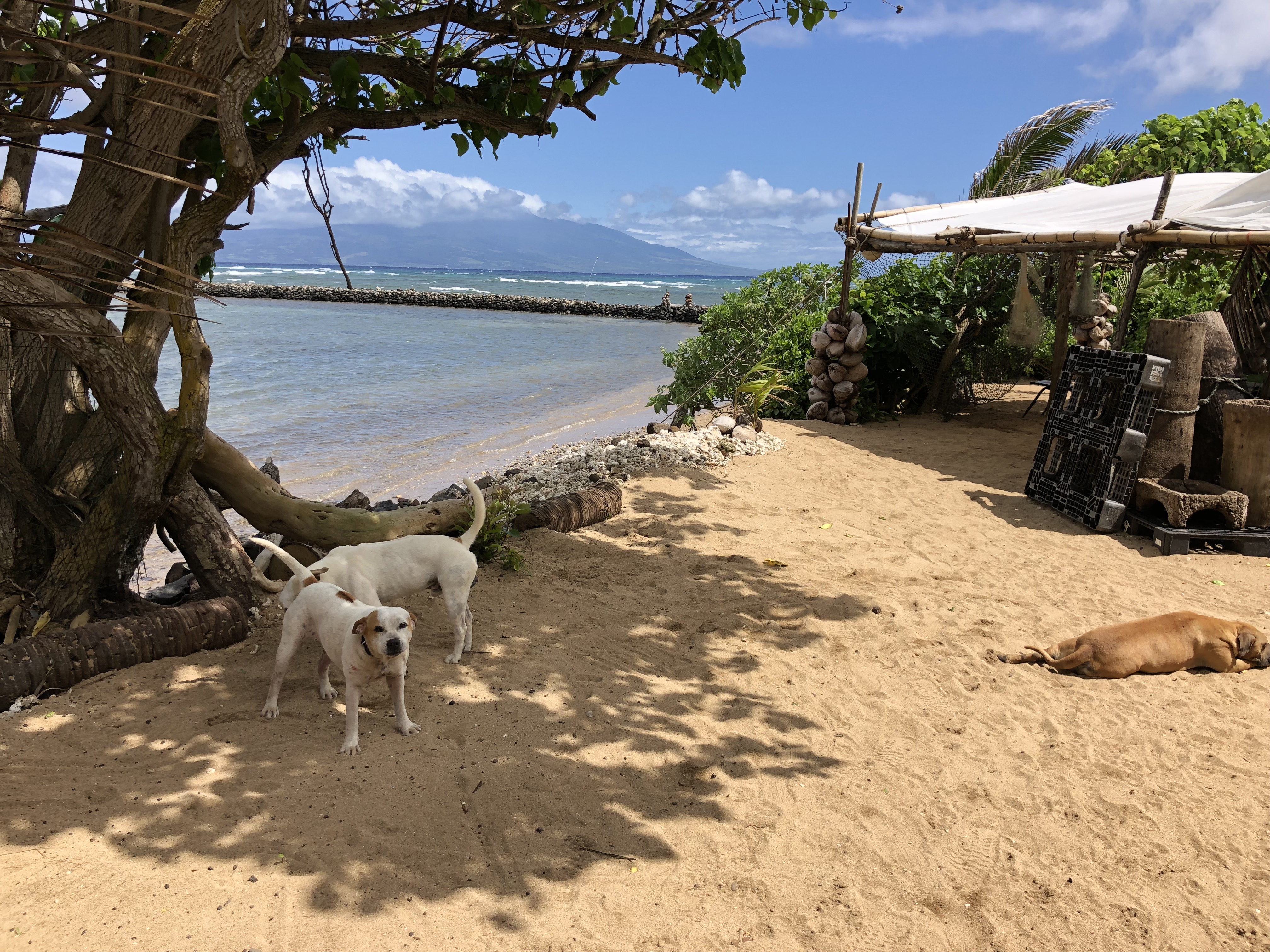 On the island of Molokai, we flew into Kalaupapa Airport, one of the world’s shortest commercial flights; from Topside Molokai to Kalaupapa: 5 minutes. At the settlement our guide spoke of his ‘stroke of genius,’ how the state of becoming is really the act of doing: to be more loving, we need to love; we need to be the rainbow. That grown men have been known to cry on the tour. Let it move you. It is not a tour but an experience. Our guide sang at the churches on the Kalawao side. Outside I spoke how his singing so resonated with me; he said that it is a testament to my own heart to receive a message. 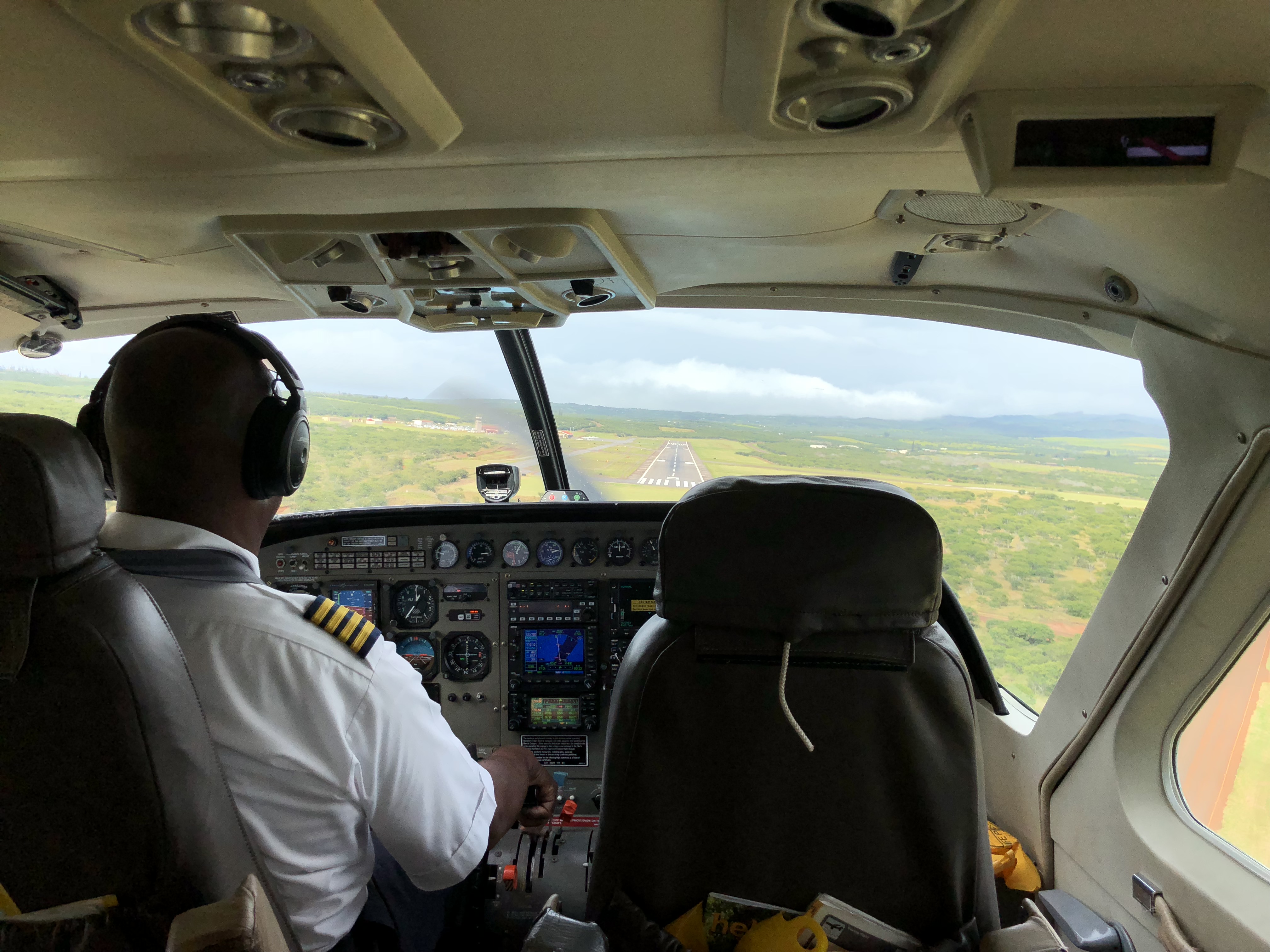 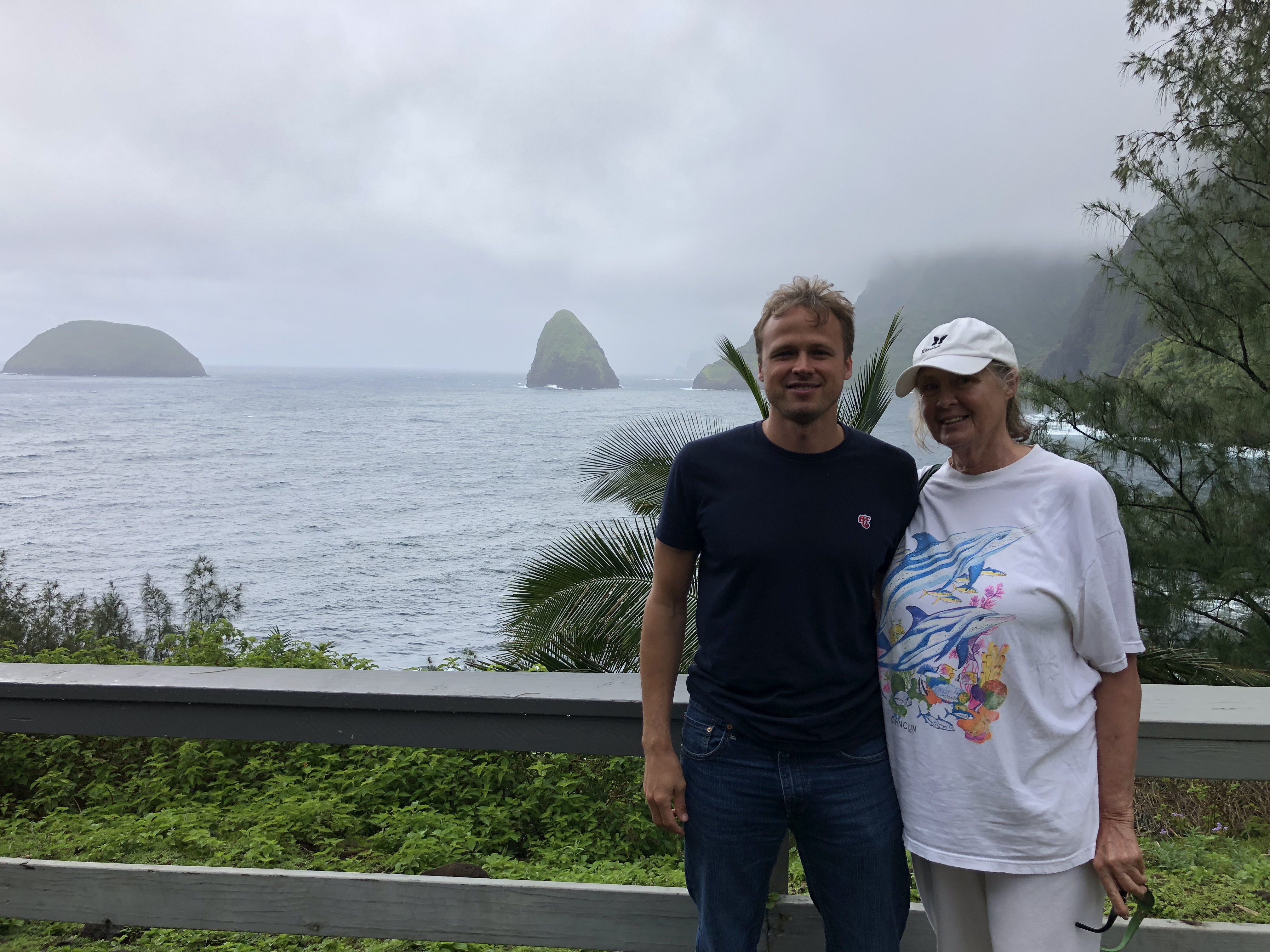