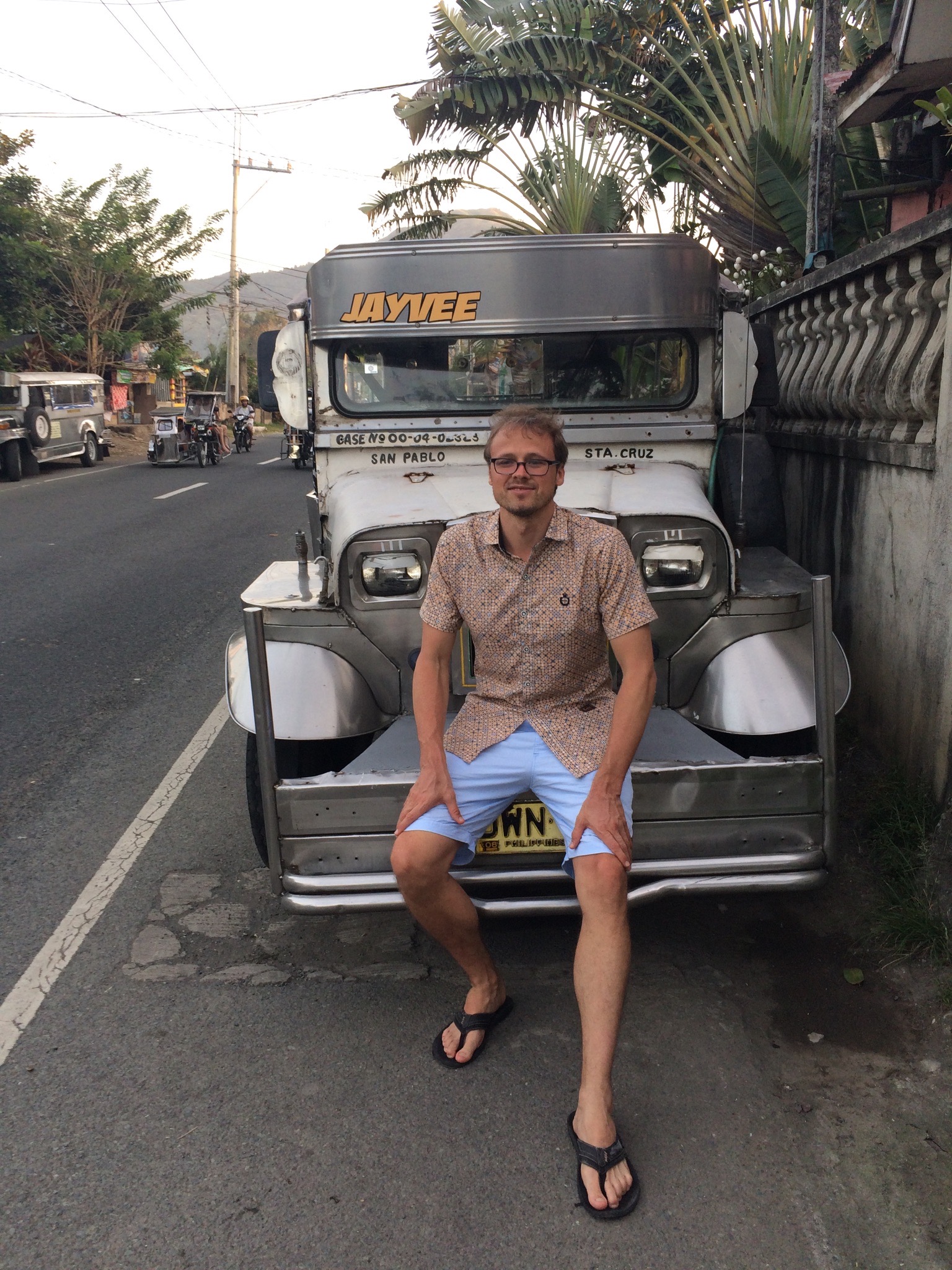 For three weeks (Feb-March) I traveled throughout the Philippines, often by jeepney. The beloved jeepney is an icon of the Philippines–now collateral in the push to modernize the country and the pushback to preserve this way of life. Following WWII with no government transit system, Filipinos cobbles together surplus parts left behind by U.S. troops. Not much has changed, though they are now adorned with colorful paint jobs and eclectic customizations. Jeepneys provide a cheap way to travel (pennies per ride) for millions of Filipinos, though they are also notorious for clogging the roads (drivers follow a route but make frequent stops) and for clogging the air (the diesel smell can be overwhelming).

Coins and bills are passed up to the driver “bayed po” and passengers say “para po” or tap the roof to indicate their desired stop.

The famed “perfect” Mayan volcano, currently erupting with rivers of lava flowing down the shanks. In the night, the rivers glow and pulsate in crimson. Nearby Donsol is called the “whale shark capital of the world” though it wasn’t until 1997 that they were even known to exist here to outsiders.

I swam with the butanding–the whale shark. At Manta Bowl, we spotted its dorsal fin, strapped on our snorkel gear, and hopped in the ocean. I was ahead of the group and swam just above the butanding for nearly a minute until she sank deeper, the powerful tail eventually passing under me. On the long ride back, lightning struck on both sides of the boat as we headed straight into the storm.

Palawan Island and nearby islands comprising the province offer a distinct flavor, with influences of Borneo and elsewhere. On the map, the islands of Palawan Province, between the South China Sea and the Sulu Sea,  visually connect the corners of the nation and spreads it out over much more space. Conde Nast Traveler voted the beaches of El Nido in the north among the best in Asia and Travel + Leisure voted the island the best in the world. The novel and later film The Beach was inspired by these islands. Another draw: the Puerto Princesa City Subterranean River National Park, a World Heritage Site, which has one of the longest underground rivers, accessible by kayak.

While I don’t put much weight into travel magazine rankings, knowing that Jacques Cousteau considered this place among the most beautiful in the world carries serious weight. Still today, the vibe is remote and casual and unspoiled. Under the surface, the coral was unbelievably vibrant and otherworldly.

The area has embraced the mantra of sustainable tourism: the Palawan Environmental and Marine Studies Center (PEMS) says the Islands of northern Palawan are destined to become a future destination for Asia’s growing economic and environmental conferencing. For now though, it can be your own.