Waikīkī has historically been a gathering place for recreational and cultural activities for residents and guests. In its earliest developments it was a residential second-home, a source for fresh water and abundance from the ocean and marshy lands. Later, it became a tourist resort area when Western ships arrived and a trolley car was constructed from Chinatown (then the Nu’uanu wharf area) in Honolulu down King Street to Kalakaua Avenue. Today, Waikīkī is a mature urban resort as well as residential community with the same attraction of hospitality, recreation, culture, and rejuvenation. In 1976 Waikīkī was designated a Special Design District through a zoning ordinance, and it was decided through the committee of planning and zoning that it would be to everyone’s benefits to have and the tourists mixing rather than having them separated, so the allowance was made for residential close to the tourist area. This integration of tourists and residents requires a balance so that problems of both interaction and separation are minimized.

Waikīkī in the Hawaiian cultural context is the name of one of the larger ahupua’a land divisions on Oahu, which demarcated agricultural, cultural and political boundaries in the pre-contact era. Western thinking brought about the collapse of this system and replaced it with colonial-capitalism, mono-crop plantations, and the current rural-urban tourism-based economy. The ahupua’a are the indigenous land divisions, most of which stretch from mountain to sea and provided sustenance for those who cared for the lands. The ahupua’a allowed the people who lived there a variety of terrains to farm, gather, and hunt in a subsistence lifestyle augmented by sharing excesses. 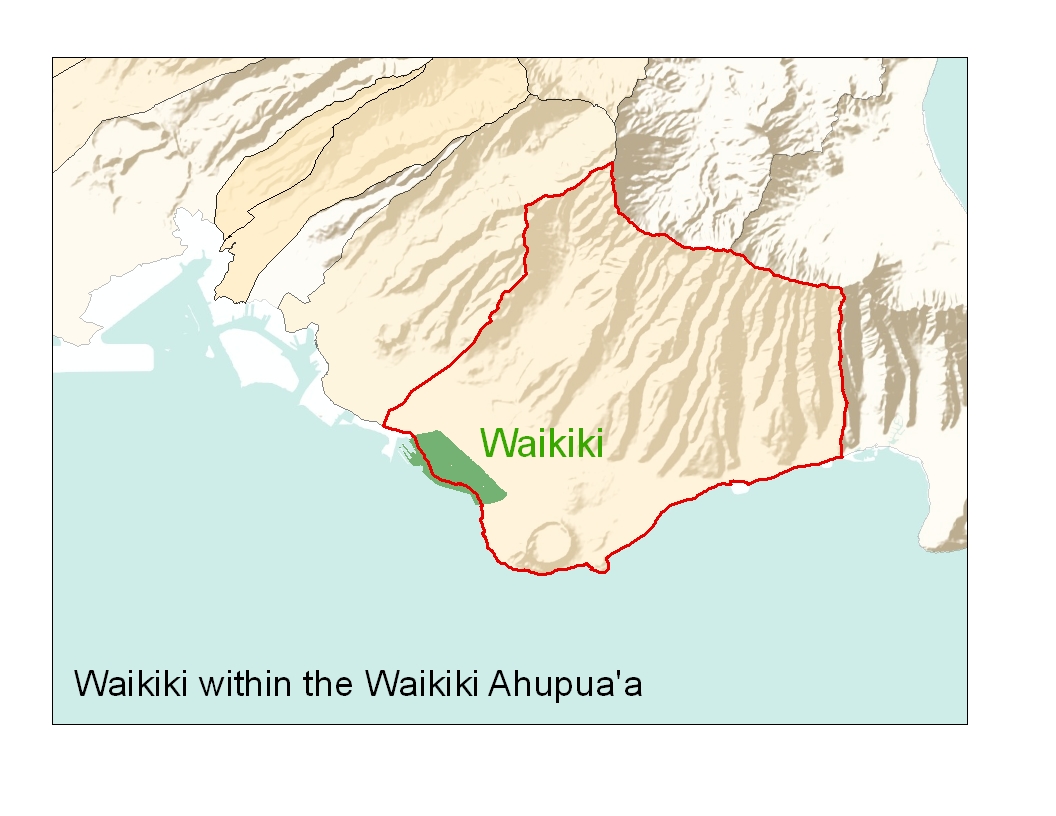 The Waikīkī area was designated the “Waikiki Special District” in 1976.

City Councilmember Leigh Wai Doo (1984-1996), who served as Chairman of the Planning Committee from 1984 to 1994, in a personal interview (Honolulu, 11/26/2012), recalled the impetus for creating the WSD as well as purposefully integrating both residents and tourists.

Councilmember Leigh Wai Doo further noted that at the time, resort development was sprouting up throughout the island of Oahu—“six different areas outside Waikīkī…all of that we thought might lead to urban sprawl and no planning for Oahu’s development.” Thus, as zoning has to fit development plans and building permits have to fit zoning, the incorporation of the Special Design District and regulations in Waikīkī corralled growth in Waikīkī against a backdrop of down-zoning around the island in an effort to minimize sprawl, particularly resort sprawl. This effort was largely successful, as the map shows the great majority of hotels concentrated in the Waikīkī area, with other resorts clustered at Ko Olina, Turtle Bay on the North Shore, and Makena on the Waianae side. 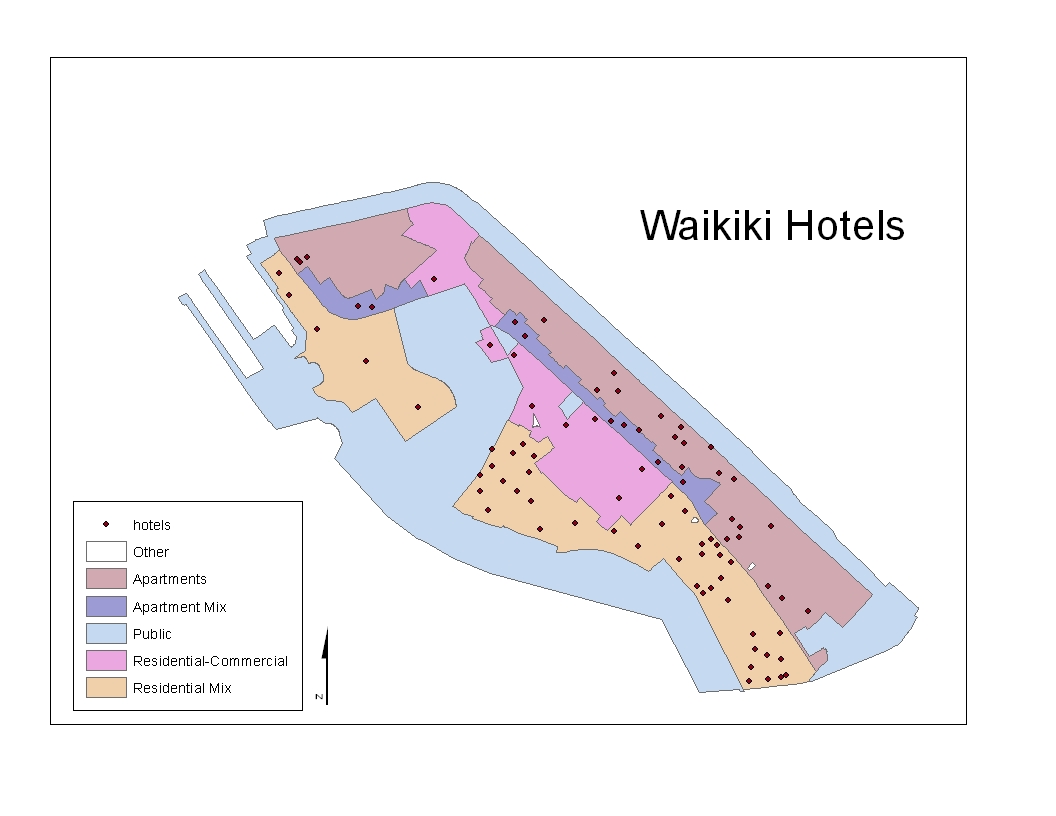 Portions of Waikīkī are also designated as a Special Management Area (SMA) as part of the Coastal Zone Management law, which places controls on developments along a shoreline to avoid the loss of valuable resources, to ensure both preservation and access.

The enclave of Waikīkī, with its clustering of hotels and night life and tourist-designed features, has been created through sometimes seemingly absent, strict, and flexible regulations, as well as limited resort development outside of the district through down-zoning previously zoned resorts and other measures. Such events have allowed for a localized tourism development thereby managing the rest of the island (and state to some degree) from a proliferation of resort developments.